Many readers will have noticed that the advanced prostate cancer market is rapidly becoming crowded with three new therapies (cabazitaxel, sipuleucel-T and abiraterone) already approved and several more in late stage development, including Alpharadin (radium-223) and MDV3100, both likely to file this year. In addition, others are focused on bone complications, such as denosumab, which is expected to have a tough ODAC meeting this month, and cabozantinib, a multikinase inhibitor currently in phase III trials.

Unlike breast cancer, where progression-free survival (PFS) is a used as a surrogate measure of survival, in advanced prostate cancer, overall survival (OS) has pretty much become the gold standard by which prostate cancer trials are reviewed. This makes it much easier to judge whether the drugs are having a positive effect on true efficacy, i.e. do patients live longer as a result of treatment.  PFS is particularly difficult to measure in prostate cancer, so it’s not surprising this approach has evolved as the standard measurement.

Interestingly though, Health Authority approval does not always mean reimbursement coverage, as NICE showed yesterday in declining to approve abiraterone in the UK on the grounds that it is too expensive. The BBC quoted a patient who had been on abiraterone for only three months, with a positive impact:

“I have my life back. I have a lot more energy and no pain. My quality of life is excellent. I wouldn’t even know I have cancer now, it’s that good.”

The BBC also quoted his wife, who had an excellent point:

“We know NICE has to take a lot of things into consideration, but when you have a terminal illness an extra four months is very precious.” 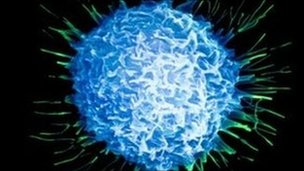 Of course, it’s very much a case of balancing available resources with potential benefits and unfortunately, advanced stage patients will inevitably take the lion’s share in terms of budget for disease management. Post EMA approval, some local UK health providers permitted the drug to be used on an individual basis, raising the old contentious issue of the rather unfair post code lottery (zip code for Americans).

Going forward, no doubt there will be much political posturing and pressure, as you can see from Cancer Research UK, who helped fund the research, but hopefully a deal can still be struck between NICE and Janssen, the manufacturer, on price to enable British men broader access to the drug.

One of the things that has struck me lately, though, is how prostate cancer is attracting serious research focus, such that a heterogeneous disease is slowly being more segmented based on the underlying biology of the tumour. Examples include Arul Chinnaiyan’s superb work on the TMPRSS2-ERG fusion gene and Charles Sawyers’ work on the Androgen Receptor.

Thanks to Sawyers work we now know that the old terminolgy ‘androgen independent’ prostate cancer is an incorrect way of descibing advanced disease because as Clegg et al., (2012) described Scher et al’s original research findings in 2005:

In other words, the AR is very much an oncogenic driver of the tumour’s survival.

This week, we saw promising data for MDV3100, an AR antagonist in the post chemotherapy setting but what of the pipeline beyond abiraterone and MDV3100?

Previously, we came across Aragon’s ARN-509 AR antagonist, which is much further behind in phase I/II clinical trials. Sawyers and Michael Jung, the co-inventors of MDV3100 while at UCLA also developed (along with several other scientists) additional AR compounds, the most promising of which became ARN-509. Aragon is a privately held company formed out of the UCLA discovery with the intent of developing and commercialising this compound.

The obvious question arises – is it a ‘me-too’ or potentially better than MDV3100?

Preclinical data has just been published in Cancer Research by Clegg et al., (2012) addressing this issue. They argued that, based on their findings:

Of course, preclinical data doesn’t always translate to the clinical setting, but my first reaction was ‘Whoa!’

Let’s take a look at the agent in more detail.  ARN-509, like MDV3100, is a pure antagonist of the androgen receptor, unlike bicalutamide (Casodex), which has both agonist and antagonist properties.  The idea behind this is that there will be less resistance and greater therapeutic potential for more comprehensive binding with the receptor.

We know from work in Sawyers lab that MDV3100 targets splice variants, which have been shown to cause resistance in CRPC, but we don’t yet know how ARN-509 will fare on that front.

“Maximal therapeutic response in this model was achieved at 30 mg/kg/day of ARN-509, whereas the same response required 100 mg/kg/day of MDV3100 and higher steady-state plasma concentrations.

In other words, it’s much more potent and has a greater therapeutic index; these things are important clinically. It also has a longer half-life:

Androgen deprivation therapies are more commonly used in castrate-sensitive disease, so this begs the question of whether there is anti-androgenic activity in the non-castrate setting:

“At higher doses of 30 mg/kg/day, robust tumor-regression (>50% reduction in starting tumor volume) was observed in 6/8 ARN-509-treated animals, similar to regressions observed in mice castrated on the day treatment initiated.”

The promising results led the researchers to conclude that:

“ARN-509 is a next generation anti-androgen selected for pre-clinical and clinical development based on its efficacy and pharmacodynamic profile in mouse xenograft models of CRPC.”

They also stated that:

“Unexpectedly, given a similar in vitro profile, ARN-509 is more efficacious per unit dose- and per unit steady-state plasma-level in mouse models of CRPC than MDV3100.”

In other words, ARN-509 is a next generation AR antagonist with a good efficacy and PK profile in mouse xenograft models of CRPC.  It’s clinical development, although further behind abiraterone and MDV3100, will be well worth watching over the next few years.

While there has been a lot of activity in the advanced prostate cancer market lately with new approvals making a difference to the lives of men with prostate cancer, there are also several other promising near term agents in development, as well as some potentially more potent and effective treatments in early clinical development.  What we have seen to date is merely the beginning of new advances in R&D.

The early and advanced prostate cancer markets are likely to see some significant changes over the next 24 months, as new products based on rational drug design and an improved understanding of the biology of the disease make it to market.

All this new data is very timely, considering on Monday I’m off to the AACR Special Conference on Prostate Cancer, jointly chaired by Drs Chinnaiyan and Sawyers.  I’ll be interested to learn what new events are emerging as biological targets and what factors can help us predict response to treatment.  If you’re going to this meeting do stop and say hello, it’s always good to meet new people in the field.